Are You Hiring LEGAL Immigrants? 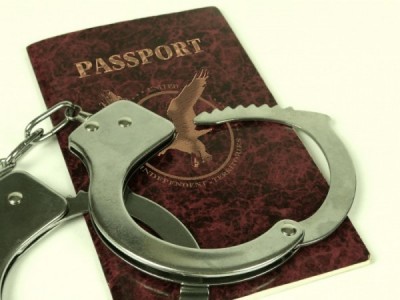 “It’s no fun being an illegal alien.”  Who can forget the lyrics to the Genesis song Illegal Alien?  It’s also no fun hiring an illegal alien.  According to a recent article by Jie Zong and Jeanne Batalova (http://www.migrationpolicy.org/article/frequently-requested-statistics-immigrants-and-immigration-united-states), there were about 41.3 million immigrants in the United States in 2013.  Immigrants accounted for 13% of the total U.S. population.  About 11.4 million unauthorized immigrants lived in the United States in 2012.

It is illegal for employers to knowingly hire aliens who are not authorized to work in the United States.  Employers who hire unauthorized workers or knowingly accept fraudulent documentation can face severe criminal and civil penalties.

The law (Immigration Reform and Control Act of 1986) requires employers to verify the identity and work eligibility of all new hires by having all new employees complete the Employment Eligibility Verification Form (Form I-9).  Form I-9 specifies which documents are acceptable to verify identity and employment authorization.

Employers cannot discriminate by requiring other documents than the ones specified in Form I-9 or asking that additional documents be provided as long as the employee complies with the approved list of documents.  Any employer who discriminates or refuses to hire someone based on race, national origin, or immigration status or refuses to accept valid documentation will face penalties.  An employer cannot inquire about citizenship status or ask to see proof of work authorization during an interview.  However, an employer may ask if the job candidate can show proof of identity and work authorization if hired.  For help completing the Form I-9 and how to verify authenticity of documents, please see the government’s Handbook for Employers.

E-Verify is an internet based system designed to help employers determine new hires’ work eligibility.  Employers with federal contracts may be required to use the system.  Also, many states are now requiring E-Verify to be used regardless of whether the employers have federal contracts or not. In the state of Georgia employers with more than 10 employees are required to use E-Verify for new hires and re-hires.  To enroll in E-Verify, go to the US Citizenship and Immigration Services website.